Family and the Holidays: A Combustible Combination

How early do you start dreading the holidays?  Or at least, knowing you’re going to see a particular person there?

Mid-September? August? June? (and if you’re one of the lucky ones whose families always get along great, enjoy your good fortune – but keep reading, so in case you ever find yourself in a less harmonious gathering you’ll know how to handle it!)

Why is it that holidays – which all folklore tells us are supposed to be a time of warmth and loving reunions – are such a recipe for irritation, anger, arguments and resentment?

One would think that we could all figure out a way to resolve strained relationships in the long months between these annual rituals, so as to avoid the problem repeating itself with such unfortunate consequences.

Why instead do we follow a pattern of just gritting our teeth and “surviving” the holidays, then going home to our respective houses, and proceeding to stew or gripe about “them” as though the only solution is for them to change?

Then eventually we become distracted by other pressing concerns and daily demands, and forget about the whole thing…until the next holiday is approaching.

What’s At The Root Of The Problem?

To better understand this phenomenon, let’s look a little more closely at the mechanics behind an upset.

The first thing to understand is that we ALL get upset from time to time. Everyone has our own set of “hot buttons” – those phrases and actions others say and do that set us off. And we can’t help but react, because when our buttons are pushed, it actually triggers physical reactions in our bodies that resemble or implosions – or worse,  explosions.

The biggest reactions we have are typically our angriest ones, which makes sense – anger is our mechanism for protecting our boundaries against perceived threats. The more our boundary is crossed, the bigger our anger. Usually we are not aware of feeling “threatened,” all we know is we’re mad – somewhere between irritated and downright outraged. There’s pretty much no typical family holiday breakdown that doesn’t involve someone being angry.

So when these feelings come up, do we speak up calmly and say, “You know what? I feel angry about what you just said, because it sounds like you think XYZ was my fault. Is that what you really think?”

Heck NO! Most of us have adopted a sort of taboo about anger, as though it’s not ok to “fess up” and say we’re feeling it.  So we usually either silently stew, say something that escalates the situation, or just blow up.

People tend to be afraid of anger because of the destruction, damage, pain, suffering and guilt that can accompany it or follow in its aftermath. We’re concerned that we will experience those undesirable impacts, or that we will cause someone else to. So our solution very often is to try to ignore it, sweep it under the rug, and pretend we don’t feel it!

We don’t realize that many of those consequences could be avoided if we were just more skilled at dealing with anger in ourselves and others.

To be fair, many of us were taught from a young age that it’s “not nice” to show anger (or even to feel it – a practical impossibility!), and we’re certainly not taught that it’s perfectly normal, or how to express it in a healthy way and thereby neutralize it.

So all too often we handle anger badly, on both sides of an interaction, making upsetting situations worse than they were to begin with. When our reactions to the things that cause us anger, stress or frustration lead to pain or suffering, ours or someone else’s, then we know it’s time to handle our feelings differently!

The Good News About Anger

While anger can feel like an uncontrollable and even random force, the reality is that anger is just energy – intense, sometimes scary and often overwhelming energy, yes – and without a doubt it can be misused in the hands of someone who is not skilled at handling their feelings. But it really is just energy, like a strong gust of wind or a swiftly moving river.

The great news is that because it is nothing more than energy, it can be dissipated as quickly as it springs up, if we know how to:

This can include simply acknowledging our own energetic state, and taking steps to calm ourselves with a two-minute breathing exercise or short meditation. It can also include letting an angry person know that we accept their right to feel angry – we don’t have to agree with them about the reason for their anger, but starting out letting them know we at least understand how they feel can go a long way toward resolving whatever the upset was that caused it.

We can also make an offer – to help out, to talk, to do a favor or change the way we’re doing something. It’s amazing how quickly anger fades when just the right offer shows up out of the blue from the person we think we’re mad at!

We can actually manage anger energy much more readily than we usually think. We need not feel afraid of it as a mysterious, ungovernable “loose cannon.” We can choose responses that can turn a situation around in an instant, or at least get it heading in a better direction.

As a therapist, my goal is to help you Prevent the Holiday Blues. As a family caregiver, I have experienced the struggles and have felt the overwhelm. So, I’ve created a video that gives you a few ideas for re-thinking your attitudes and finding new ways to respond to all the holiday challenges that can arise.

Take a few minutes for yourself to see that support does exist! 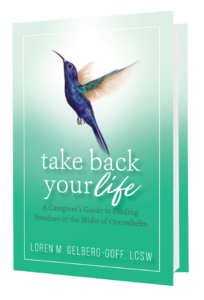 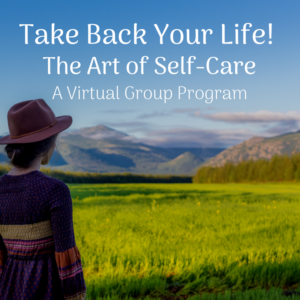